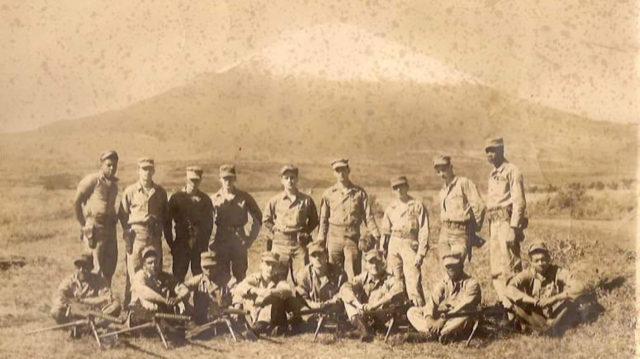 It’s been two years today since my father’s passing. It was not a sudden death. We were blessed in a way with his diagnosis of cancer a year and a half before that to realize fully the fragility of life, and then with his remission, the ability to take it for granted again.

On top of that, he hovered between life and death for a week in hospice, primarily in a coma, which allowed our family to come together in communion and community, to reflect upon his impact in our lives, acknowledging the easy and the hard parts.

Loss shapes us, but it does not destroy us.

As I check in with myself today in meditation I find that I am not in mourning. I no longer feel grief–a complicated prism of emotions that where many truths are held in one container.

Today, in a sense, I feel closer to him. I now feel like I can talk to him anytime I want rather than having to pick up the phone or stop by the house. I never knew when he was alive whether I was going to get the brusque busy man or the Irish storyteller. But now I always get his measured advice as I interpret it. Do as I did, not as I said is the one that comes through the most often.

It is his stories I miss the most, for holding valuable lessons. Sometimes not at first but in reflection.

My father was an organized man, a planner. Several years before he died he began to prepare me for the inevitability by stopping by my office unannounced to discuss his wishes upon passing–and a list of who to call and when and what to say–underlined in red pen. He loved his red pen.

I was out of town planning a move to Colorado when he received his diagnosis of lung cancer. I immediately dropped my plans with the intention of being on the support team for his illness–which never happened as he took care of it all himself for as long as he could, valuing his independence and still working every day at age 86.

Upon my return from Colorado he called me over to the house and I assumed we would be revisiting the final plans but I was wrong. We sat across the dining room table/office desk and he pushed his watch which was a fixture on his wrist across the table towards me. “This is yours now,” he said.

I was confused and surprised assuming something that personal would go to his namesake and my brother, but I am the eldest child in the family. It was not the watch that held the power of the gift, but the symbol of the watch, and the story of how he got it that had the lesson and the message.

The watch was a gift from his enlisted men on Christmas Day in 1954 on the island of Okinawa, Japan.  While the inscription is factual and brief–it is the back of a watch, after all, it was why he received it that mattered.

My father went into the Marine Corps as an officer straight out of college during the Korean War. Shortly before his deployment to Japan, the conflict had ended. Many of the men in his platoon Had just seen battle in Korea and had the scars, both outward and inward, to show for it as well as some Purple Hearts.

He told me that he felt as the leader it was not his job to punish but understand when fights broke out or the men got drunk and disorderly that compassion and practicality were a better way to deal with the situation. He would often find a jeep and bring the men back to the barracks and let them sleep it off rather than put them in the brig. My use of language here in regard to the Marine Corps may be inaccurate but my audio recording of this story was lost when an iPhone fell into a puddle and the details with it.

On this particular Christmas morning in 1954, after inspecting the barracks, one of his corporals stopped him and told him they had something for him–the watch. Later my father was told that enlisted men rarely give their officer a gift and that he must be doing something right to earn their respect.

He had their back. He let them make mistakes. He understood where they were coming from and that judgment and due process are not always the remedy. He led from behind. He respected that they had endured the horrors of battle and he had not. That is was his job to protect them as much as it was to lead them.

At 24 years old he had mastered the most important lessons of leadership.

My father later became a salesman, a good storytelling one. He never managed a single person and for most of my life, I did not see him as a leader. The watch taught me that he was always a  leader and that leadership starts at home.

The watch was a symbol for me to remember that it was my turn to have the back of my family. To lead from behind, let them make mistakes, honor them and try to understand them before judging the situation.

Although it no longer works, I wear the watch often, as a reminder that grief passes, leadership is quiet, stories hold lessons and time does stop ticking for all of us.